Why Didn't the 1919 Flu Leave A Bigger Cultural Imprint?

The still growing COVID-19 pandemic has reminded me of a question I've batted in my head a few times.  In 1918 and 1919 a global influenza pandemic killed on the order of 50 million people worldwide.  The scale of the jump in flu deaths in the U.S. can be seen in the below plot. That's more than the number of civilians and military personnel estimated to have been killed during World War I.  Yet despite this, it would seem that there has been very little impact on culture (at least the culture I am aware of). 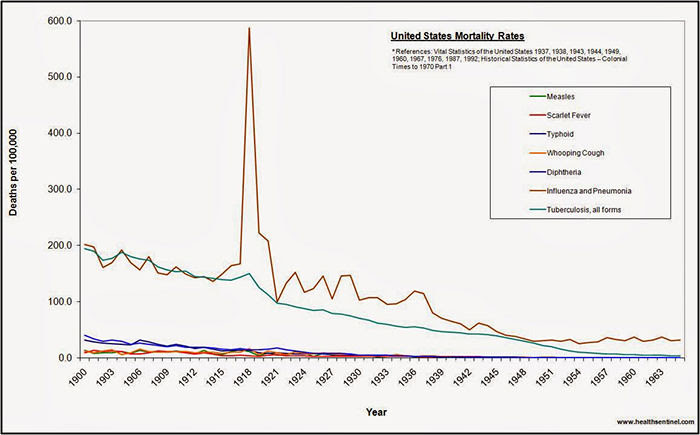 My grandfather was a doughboy in World War I; I have his helmet and a panoramic picture of his unit stateside -- he's easy to spot as he's holding the American Flag.  His uniform played a role in landing my biological grandmother in the late 1920s (who, alas, died when I was very young).  The town I live in has a war trophy Austro-Hungarian howitzer on the Town Common.  Well known books set during World War I include The Good Soldier Schweik, A Farewell to Arms, and All Quiet on the Western Front.  I memorized In Flanders Fields for a school assignment and can still rattle off the first stanza.  The last two years have seen the Western Front trenches on the silver screen as fiction in 1917 and as very grim reality in They Shall Not Grow Old, as well as older films such as Breaker Morant and multiple screen versions of All Quiet on the Western Front.  If I was better read or spent more time in theaters I could probably rattle off more.  We even have an annual holiday stemming from the war -- one of my great regrets in life was never asking my grandfather, who never spoke of his service, what it was like at the 11th minute of the 11th hour of the 11th month when the guns fell silent.

Yet I've only once heard a family story about the influenza pandemic -- my grandfather apparently caught the virus but obviously survived since I'm here.  And I've heard plenty of family stories, more than a few of a medical variety.  I'm not the best read in fiction, but I can't recall ever hearing of a book or short story or movie about the pandemic.  There's no PBS series or non-fiction work that rode atop the New York Times bestseller list.  Or was there?  Am I just unaware of a rich treatment of this time?

It's not that disease hasn't been frequently used by writers and directors; I read Susan Sontag's Illness as Metaphor in high school and know that ground a bit.  For documentaries, are there just not compelling images of hospitals?  No, that's not it -- Google searches find plenty of archival photography.  There certainly are the compelling graphs, not just the blip above but also comparisons -- seemingly very relevant to the current crisis -- of the impact of cancelling large public events.

Am I just blind to a large body of popular treatments of this major event, or did it simply evade cultural memory?

Posted by Keith Robison at 9:33 PM

Flu: The Story Of The Great Influenza Pandemic of 1918 and the Search for the Virus that Caused It
2001
by Gina Kolata

For whatever reason, they've actually been several popular histories on the Spanish Flu published recently (probably to commemorate the 100th anniversary). I particularly liked Laura Spinney's "Pale Rider: The Spanish Flu of 1918 and How It Changed the World" (2017).

But I agree with Keith that it is odd that it didn't seem to be chronicled in classic fiction of the time the way that both World Wars, the Great Depression, and other major events were. Perhaps (despite probably killing more people than WWI), it was just overshadowed by the war.

Noone@nowhere said...
They Came Like Swallows (1937)by William Maxwell Jr. a poignant novel re the 1918 flu.
Probably an underappreciated author. I enjoyed the book years back.